THE STAR - Focus on core competencies to expand footprint 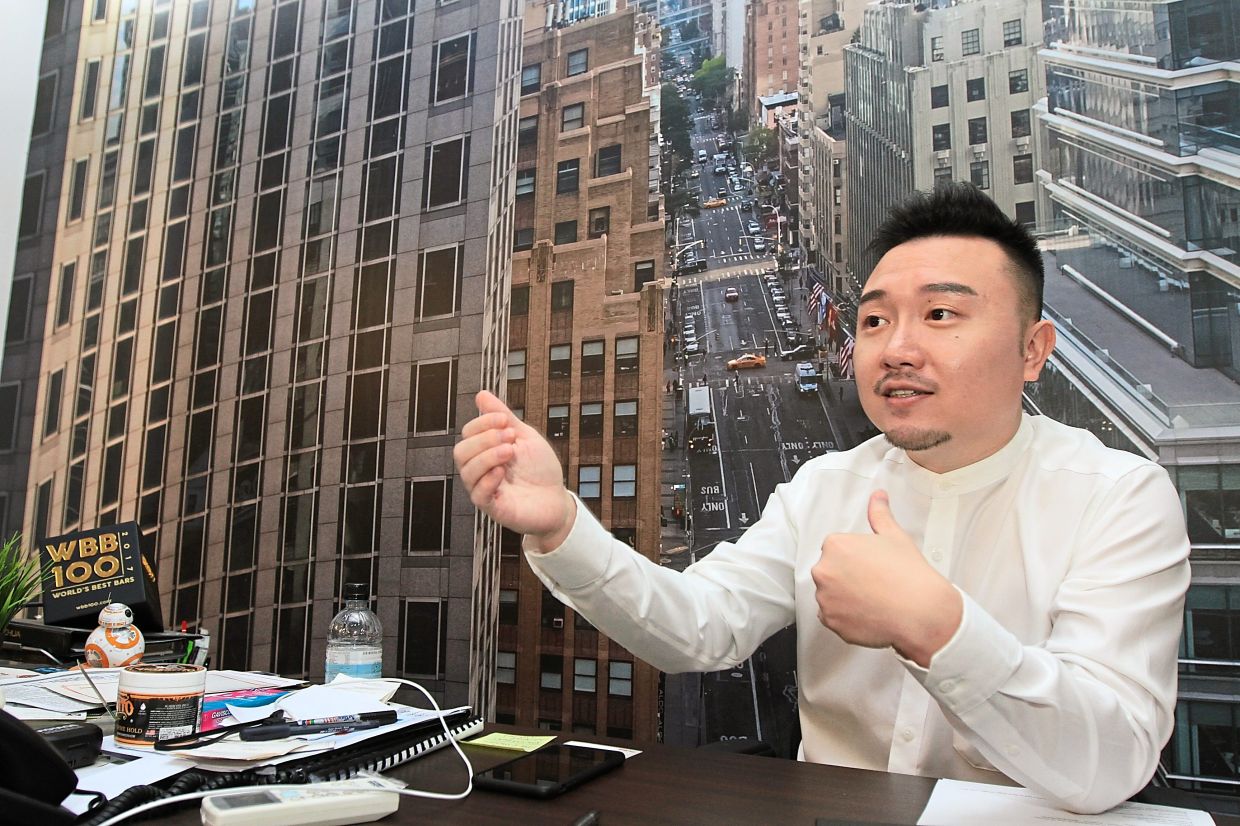 "When it’s not right, we fold. It’s alright to fail. You just have to win more than you lose. That will be the way I approach my business." ---- Kent Chua

KENT Chua, 34, has learned many lessons in the last 10 years. And each lesson has served as a stepping stone for the next phase of Rhombus Connexion Sdn Bhd’s growth.

The F&B group has gone through different iterations and emerged as what Chua believes is a stronger and more sustainable entity.

For sure, this wasn’t where he’d imagine the business to be when he started the first The Beer Factory outlet in 2010. Back then, it was only about making sure the RM700,000 investment he and a partner pooled in would not go bust.

Fortunately, the first outlet did well and they expanded the franchise and even explored new F&B brands. 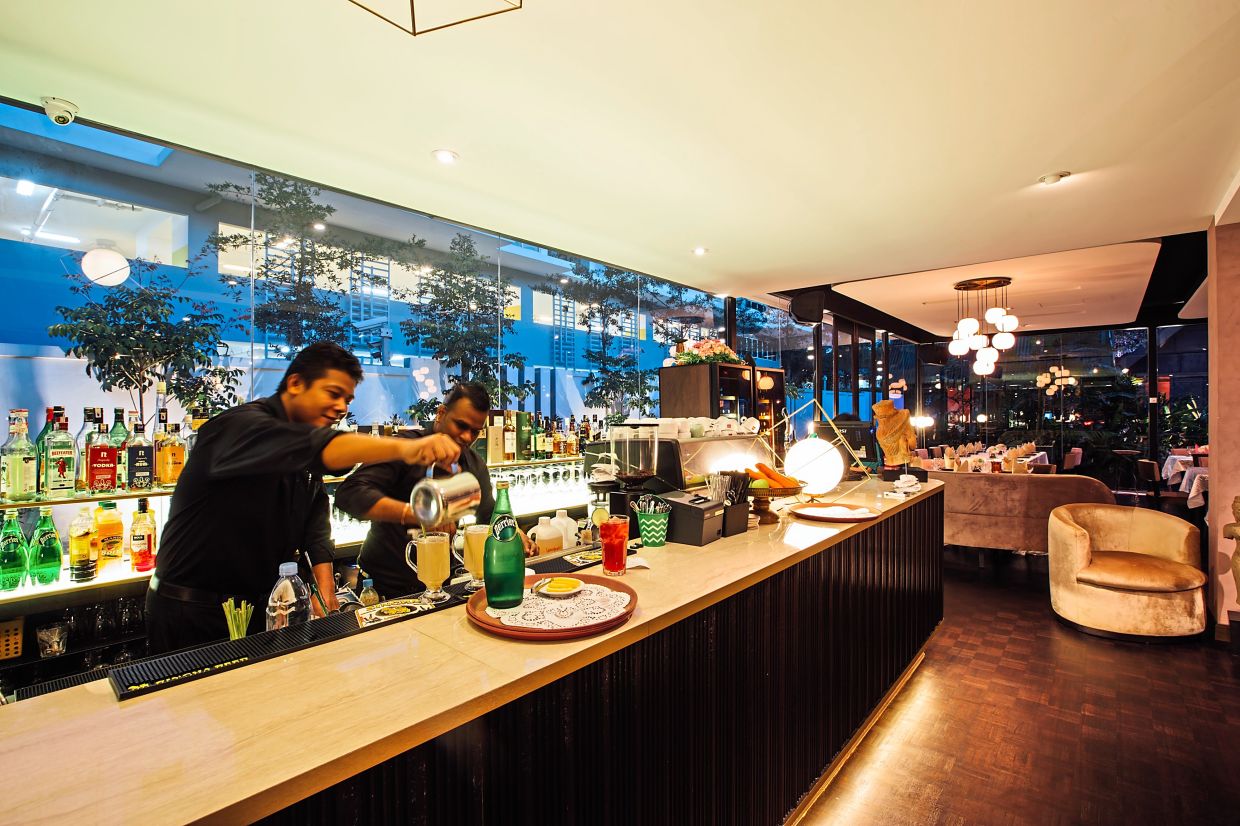 Developing talents: The company ensures that there are ample growth opportunities for its employees.

Too big an idea

About five years in, Chua had added a few more brands to his portfolio of companies. And by then, he was among a growing breed of young F&B entrepreneurs who were eager to redefine the landscape.

Chua banded with four other partners to form Rhombus Connexion – a visionary platform aimed at helping other F&B entrepreneurs and building a sustainable ecosystem for the industry.

It was a grand idea.

“As entrepreneurs, we wanted to progress and were wondering what’s next. We thought the challenges we faced as restaurant owners were the same and if we pull our strength and businesses together, we could form this conglomerate that would give us economies of scale to bring down costs and enable cross-share learning and all that.

“We were really ambitious. Within the platform, we had a branding agency, we had a massive central kitchen and a F&B academy for training, ” he shares.

Those within the platform would also have access to shared services like legal, human resource and finance.

At its peak, the platform brought together 19 brands. The partners were also on the lookout for other brands that they could inject into the group and to groom new entrepreneurs to strengthen the industry. Painful reality: Rhombus Connexion counts among the many retail businesses that suffered under the movement control order as customers stayed home.

The goal then was to list the whole platform to raise funds to further power all its partners to grow and scale their business.

The model worked out for about a year or two as the partners, all established entrepreneurs in their own right, learned to give and take as they tried to navigate the F&B line together.

However, they soon found that they had taken on more than they could chew.

“We were just really ambitious and had dabbled into too many things. Running a central kitchen, branding and marketing agency and an academy is actually by itself completely different businesses and they require very different skill sets to be successful, ” says Chua.

Its central kitchen, for example, was burning cash as it was unable to achieve the synergies they were expecting.

“There were just too many brands and everyone had a different recipe and different head chefs. It was hard to agree on recipes or sauces that we could use across the board and what about differentiation factors?

“So it couldn’t hit the economies of scale. Yet, the size of the investment had already been put in.

“Then we found that it’s not just about having a bigger kitchen but also about logistics, stock keeping, managing deliveries. It was just something we were not familiar with, ” he adds. 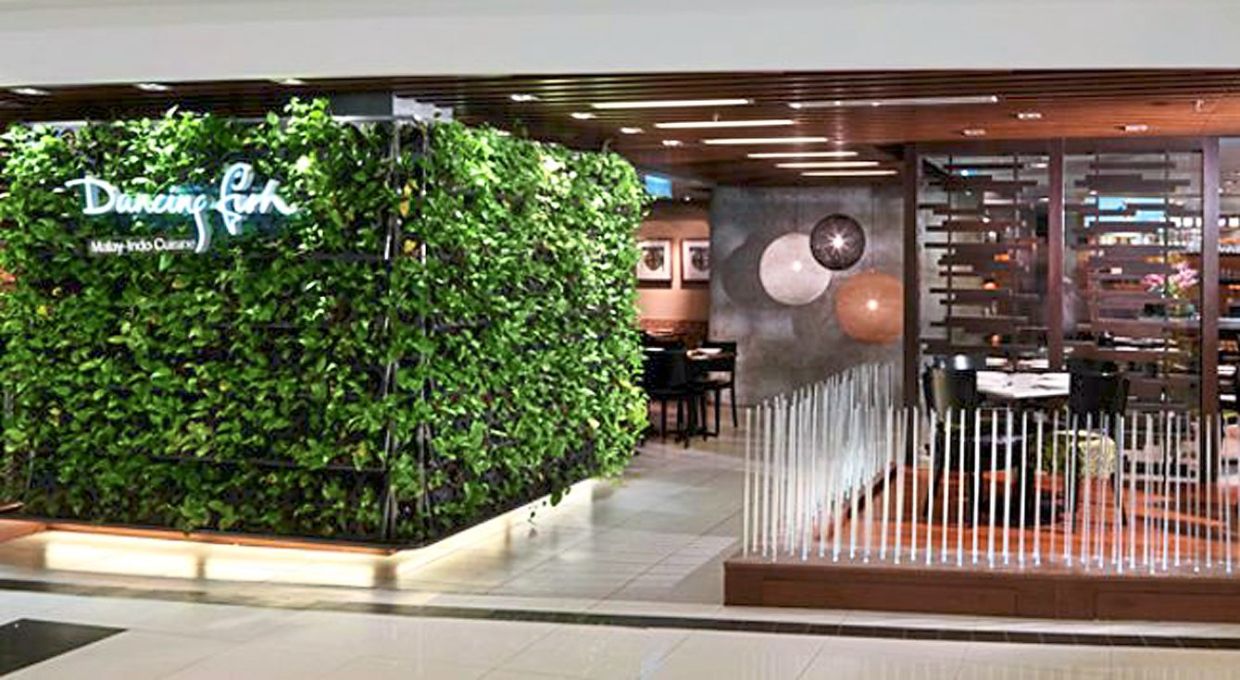 Streamlining brands: There are 10 brands under the group including Wondermama and Dancing Fish.

With so many considerations at stake, it became harder to agree on many of the business decisions that needed to be made. And the conflicts began to take the focus away from running the business.

This inability to move together is also partly where the fault lies in entrepreneurs.

“It’s just the innate nature of entrepreneurs. Why are they entrepreneurs in the first place? It’s because they have an idea of their own, they believe in themselves and they want to charge ahead.

“So it would be challenging when there’s so many entrepreneurs congregating together trying to run one big business. Naturally, everyone has their own direction, ideas and whatnot, ” he notes.

A turning point came for Chua when he learned that even large chains like McDonald’s do not necessarily run their own central kitchen as they are more focused on core competencies like branding and marketing.

“What’s our core competency at the end of the day? It’s actually in running great restaurants and bars. The other stuff was just too much.”

With a lot more to lose, the team eventually conceded that they could no longer push themselves down this path. They parted ways amicably and the partners took back their brands.

It was, nonetheless, a great learning curve for them as they went on to pursue their own goals.

“We underestimated how challenging it would be. External competition is demanding enough for an F&B company, the last thing we want is in-fighting, ” he admits.

“It was a very expensive lesson but it gave me a lot of clarity about what I want in life. A big part of that clarity is about learning which parts of the business don’t work. Entrepreneurs have a tendency to be over excited about an idea and just jump in. So this gave me more clarity and focus. So where the organisation is now, we’ve never been stronger, ” adds Chua. 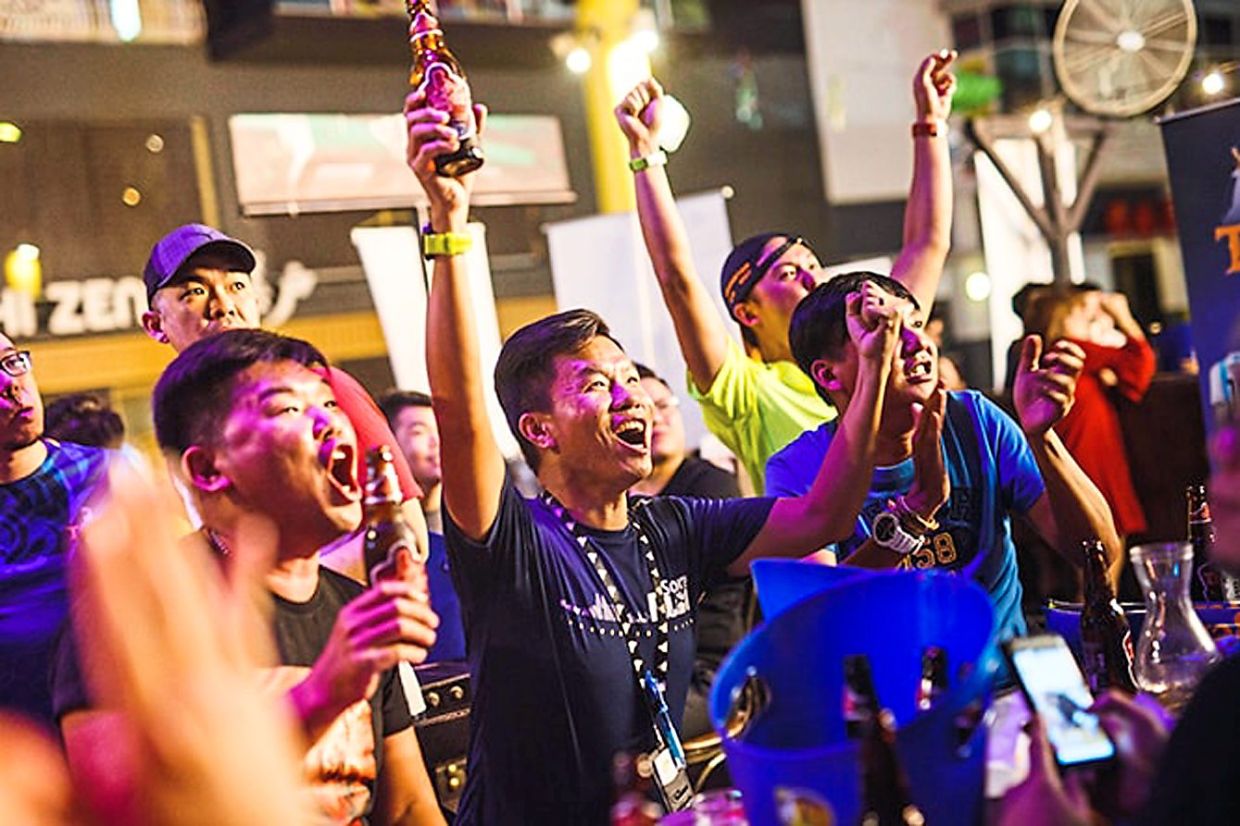 On top of his original brands, Chua acquired some of the brands that were part of the platform and continues to operate them under Rhombus Connexion. He is currently anchoring the group on his own as its chief executive officer.

Over the years, they continued to refine their focus and consolidated their brands. They sold off the central kitchen and cut off whichever components that no longer match their expertise.

At the moment, it has 10 brands under the group including The Beer Factory, Rama V, Wondermama, Dancing Fish, Suzie Wong and Thai Hou Sek.

But Chua says it will continue to restructure the group to strengthen its culture and further streamline its brands.

“This is our tenth year. With clarity in our direction, I think there are two things we need to do now which is to navigate and accelerate. A lot of entrepreneurs are good with acceleration. But when you hit a certain point, it is important for you to pause and reflect and decide which direction you want to go in and then accelerate again, ” he says.

Last year, the group closed in revenues of about RM55mil. While this is lower than the RM80mil before he streamlined the business, profitability has improved.

One of the things Chua has also learned to do is to simplify his management structure. He empowers outlet managers to take responsibility and make key decisions for their own outlets.

“Each outlet needs to be profitable on its own and the heads of the outlet are held responsible. We give them that kind of ownership.

“We have over 30 outlets in five countries. We can’t keep micromanaging if we want to scale. All of this will empower us for our next chapter, ” he says.

He is also focused on developing talents and ensuring that there are ample growth opportunities for his employees.

“The ultimate happiness comes from growth. It’s just how humans are. So I think companies need to focus on growing their people. It’s not just about taking care of them or giving free lunches and teambuilding. Ultimately, they need to know what they are trying to achieve.

“Do you have a clear career path for them, are you challenging them enough? If some people want to remain where they are, that’s fine. But there must be an option to grow, to help them be better individuals the next day, ” he says.

With a stronger foundation and a better idea on the types of strategic partners and skill sets it needs, Chua says now is the time for the group to soar.

Granted, Covid-19 has thrown a spanner in the works for many businesses, particularly those in the retail line.

Rhombus Connexion has likewise suffered under the movement control order given that dine-in revenue streams were cut completely and deliveries and takeaway revenue were definitely not sufficient to cover its high overheads.

While this may prompt some reconsideration of its future plans and further consolidation, the group was, in a way, fortunate to be in a position of strength prior to the pandemic.

Chua is still hopeful of growing its business in the local market while eyeing opportunities to expand in the region.

“One of the exciting things that will be coming up is we will be partnering one of our partners in Vietnam who has a brewery there. This will give us the opportunity to market our own brew.

“Vietnam’s beer consumption is 10 times that of Malaysia. And every year, 1 million youths come into legal drinking age. So just by the market size alone, I believe there is a huge potential for a local premium craft brew. And with our expertise of running great bars, it’s about creating the right customer experience there.

“We are currently present in Malaysia, Singapore, Vietnam, Myanmar, Japan and the Philippines. Our overseas establishments are running really well because we have great partners, ” he shares.

As long as it has the right partners and talent, Chua opines that they will continue to do well.

“So it’s not so much about which market we will be focusing on moving forward. As long as we have the right people, we will be there. That’s also one of the key lessons that I’ve learned. It’s not about our potential but about our people, ” he says.

With a renewed take on and experience in talent development, Chua has gathered some friends to give entrepreneurial support and education another try through their Entrepreneur Jedi Programme (EJP).

He points out that there are a lot of young entrepreneurs out there who are interested in the F&B line but there are also many who end up getting their fingers burnt.

“Through this, we can help the industry and mentor them to avoid the hardships that I went through. And also, this gives me the opportunity to identify talents. If you have an idea, we could power your idea and bring it to life because we have been through that whole process, ” he says.

Chua is excited for what the future holds. But he has learnt to move more cautiously.

“If we can manage that risk, we can accelerate. Business is about acceleration and navigation. When you are dealt with a good hand, you go all in, when it’s not a good hand, play cautiously. And when it’s not right, we fold. It’s alright to fail. You just have to win more than you lose. That will be the way I approach my business.

“But when I’m certain, and I’ve consulted with industry experts and the team, watch me explode. I am looking at exponential growth in the future, ” he says.

How useful is this article to you?